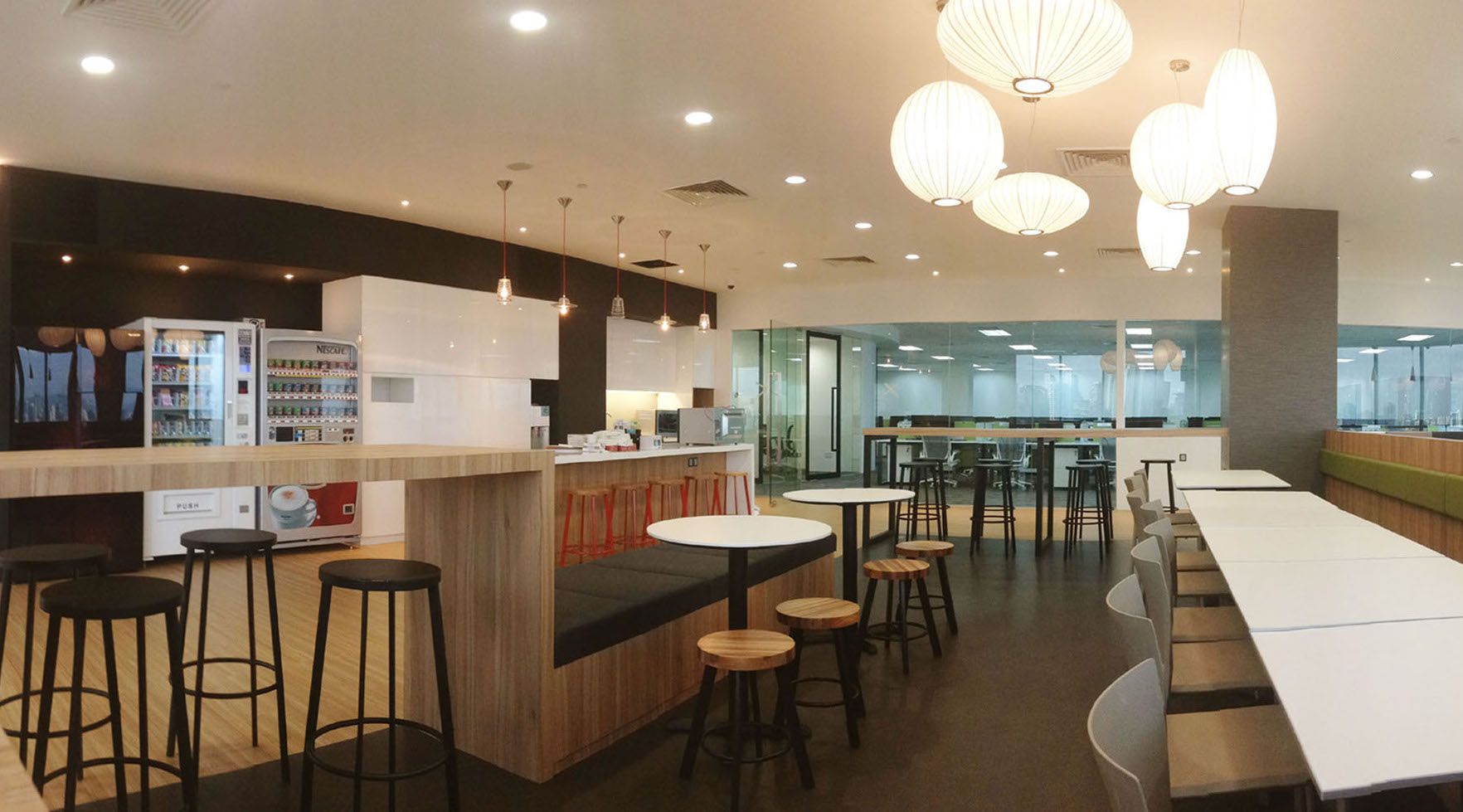 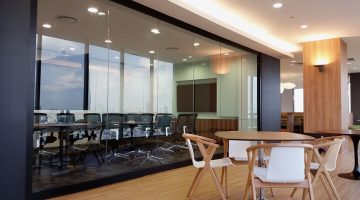 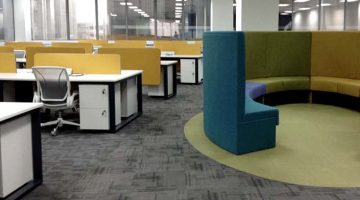 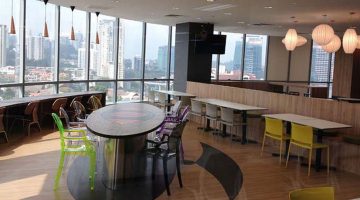 A performance leader in global testing and assessment, Prometric’s informal culture thrived on the close relationship between its fun-loving people.

The goal was to make the space more responsive to the way its employees work and to create an environment that boosts collaboration and efficiency. Hence, the open concept — using glass panels to mark out areas for different functions while leaving the view of the entire space uninterrupted. To give prominence to the conference room, black epoxy framed the glass panels for a classy finish.

There is no lack of breakout areas for both formal discussions and informal town hall gatherings. Various types of seating were created, allowing people to mingle at an appropriate and comfortable level. Client was keen to have a local element, so the Wau Bulan (moon-shaped kite), one of the national symbols of Malaysia, became the key component of a special wall feature.